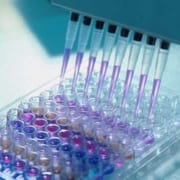 There are gizmos that let your smartphone read credit cards, sync with your fitness wristband and even function as a TV remote control. Now you can add “run an HIV test” to the list.

A device invented by biomedical engineers at Columbia University turns a smartphone into a lab that can test human blood for the virus that causes AIDS or the bacteria that cause syphilis. The device is a dongle that attaches to the headphone jack, and requires no separate batteries. An app on the phone reads the results.

The type of test is called an enzyme-linked immunosorbent assay (ELISA), which is powered by the Smartphone itself and does not require any additional stored energy.

The unfortunate truth is that many people simply don’t get tested for HIV because of personal discomfort, not to mention transportation issues, and could benefit from a fast-working and impersonal system. Because it can so inexpensively and so quickly identify HIV, the researchers believe, the device can make a significant impact on AIDS in Africa and other parts of the developing world. Early detection helps stem the spread of HIV, and this can be particularly important among pregnant women.

Simply put, the “romance” is back in STI testing with such a mobile device eliminating the need to spend time in a clinical setting.

Decades after HIV infections warnings went public, there is still a startling immaturity in the adult and teen population regarding the very real threat of STI transmission. The good news about cutting-edge apps pioneered by the likes of Sia and company are that more sexually active lovers will likely get themselves tested, with the conveniences of a mobile-ready unit, since the price of guilt-free and awkward-free sex may soon by slightly above the cost of dinner and a movie.

Want to join the discussion?
Feel free to contribute!

This site uses Akismet to reduce spam. Learn how your comment data is processed.